Yii implements the model-view-controller (MVC) design pattern which is widely adopted in Web programming. MVC aims to separate business logic from user interface considerations so that developers can more easily change each part without affecting the other. In MVC, the model represents the information (the data) and the business rules; the view contains elements of the user interface such as text, form inputs; and the controller manages the communication between the model and the view.

Besides MVC, Yii also introduces a front-controller, called application, which represents the execution context of request processing. Application resolves the user request and dispatches it to an appropriate controller for further handling.

The following diagram shows the static structure of an Yii application: 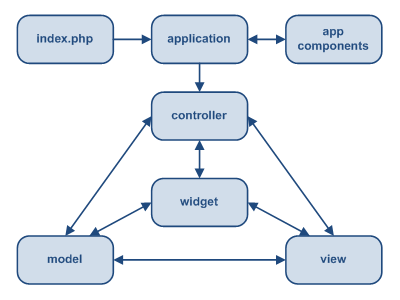 The following diagram shows a typical workflow of an Yii application when it is handling a user request:

A typical workflow of Yii application 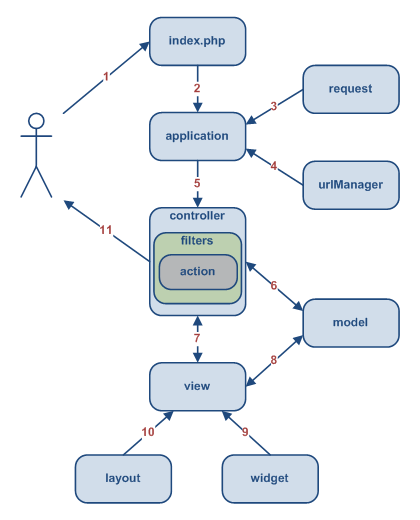